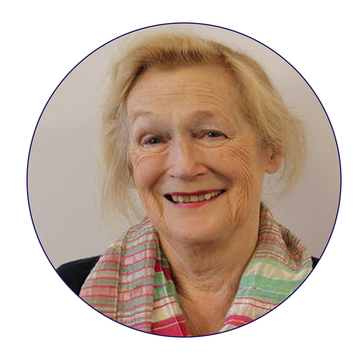 It is with very great sadness indeed that we have learned of the death of Professor Ann Buchanan MBE.

Ann worked at DSPI from 1994 until her retirement in 2008, after which she continued as an Associate Member of the department, writing books and giving papers.  Ann was a truly wonderful colleague and a very supportive and much-loved supervisor.  Her work made a significant contribution to improving outcomes for children who were looked after or at high risk of abuse or exclusion, but she was also interested in fathering and grandparenting and wrote a number of books on these subjects (see a full description of Ann’s work).

Prior to the Covid-19 pandemic Ann was regularly to be found in her basement office where she continued her prodigious output.

We shall miss her greatly, and we send our deepest condolences to her family.

A tribute from John Haskey:

Ann was often working in "The Old Library" in Barnett House when I arrived, and was always welcoming and ready for some interesting and amusing conversation. Ann had a remarkably wide set of academic contacts throughout the world and was able to call upon specialists in particular areas of study to write chapters for the books she edited, often with a co-editor. The set of addressees of her Christmas and New Year Greetings card were decidedly numerous and international!

Ann kindly invited me to contribute to several of her books, too, and it was an enjoyable process; Ann was a thoughtful and diplomatic editor. Sometimes (if not always!) as a contributor one is wedded to one's draft whilst the editor wants some changes; any such challenges were minor, and always easily resolved and agreed with Ann's good-natured and light-hearted way.

As well as being a quintessential professional, Ann was also a good, kind, friend, not only being supportive and encouraging, but actively promoting one's development and recognition.

I shall miss her considerably, and will have fond memories of her.

A tribute from Teresa and George Smith:

Ann Buchanan was appointed to DSPI in 1994. She carried a heavy teaching load in the social work course, focusing on children and families, and took on a number of DPhil students who have gone on to high-flying careers (Eirini Flouri, professor at UCL, is just one example). Later her research took off, often collaborating with colleagues in Oxford and internationally, again focusing on family relationships. She wrote and published widely, often with colleagues and her DPhil students, on child abuse, neglect, maladjustment, parenting, grandparenting, fathering, family support... .

Ann was a generous and warm-hearted colleague, always ready to share and collaborate - writing, anecdotes, biscuits and coffee, her time, fun. Her husband Alistair (banker turned garden designer) created an extraordinary garden in his family seat at Nymans in Sussex. She hosted parties and lunches there and at her college, St Hilda's, where she served as dean for student welfare.

After Alistair's death in 2018, Ann sold her house in Oxford and planned to move to a flat in London. She had serious heart surgery. But she kept her optimism and sense of adventure to the end - travelling on a cruise ship to the Arctic to see the northern lights. She died on board, and was cremated in the north. A fitting end for an adventurous and fearless spirit.

A tribute from Mavis MacLean:

It is a sad task to be adding this message of condolence to the accounts  on the DSPI website and in Wikipedia of Ann’s participation in the academic life of Oxford, and her contribution  to international sociology of the family. I had the pleasure of working with her both at St Hilda’s, and in Barnett House with my group of sociologists of family law, known as OXFLAP (Oxford Centre for Family Law and Policy) where we shared an interest in the welfare of children experiencing  family breakdown. Ann’s warmth and energy, her generosity and spirit of adventure are famous!  We shared the Old Library after “ retirement”, not a status which either of us took very seriously! Ann continued to research, to write and to travel with undiminished enthusiasm. 2021 was a very hard year when she lost her husband, had heart surgery, and left Oxford and moved to London. 2022 however, despite covid, seemed to offer a new beginning. By chance Ann and I have grand daughters who became close friends at school, and when  she moved to her beautiful flat in Elsworthy road we became close neighbours. I visited her there a few days before she set out on her voyage “to the North Pole”, and we had talked at length over coffee about her plans to write about the “in –law” relationship.

It is hard to lose her.... but it is also hard to imagine a more characteristic and exciting final adventure. We will cherish and hopefully continue her work, and perhaps even tackle the inlaws!

A tribute from Kathy Walker:

I have very fond memories of working and talking together with Ann over the 14 years she worked at Barnett House and subsequently during her retirement. Ann was always so interested in chatting about our families, children and grandchildren and how everyone was getting on. I also have a happy memory of a summer's afternoon spent in their lovely Wiltshire garden, in celebration of Alistair and Ann's daughter's marriage. It was one of the most beautiful gardens I had ever visited and the family were so welcoming too. I will miss bumping into Ann at Barnett House, her warm smile, and friendly face.

Please email us at communications@spi.ox.ac.uk if you would like to leave a tribute message.