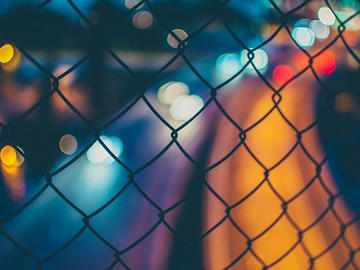 Image by Pexels from Pixabay

A change in self-defence laws in Florida which gave citizens the right to use lethal force to protect themselves in public has been linked with adolescent gun homicide doubling and racial disparities widening.

The new study published today in Injury Prevention, led by the University of Oxford (Michelle Degli Esposti and David Humphreys) and the University of Pennsylvania, looked at gun homicide rates in adolescents before and after the enactment of State Bill 436 in 2005, known as “Stand Your Ground” law.

Florida’s Stand Your Ground law has been very controversial. It extends an individual’s right to use lethal force to defend themselves, even in public places, so long as they believe there are in imminent threat. The law further grants individual’s criminal immunity. The law has generated intense concern, with research showing rises in homicide rates after its enactment. There is also evidence that the law makes young African American men vulnerable as they are more likely to be perceived a “threat” due to racial biases.

In 2012, Florida’s Stand Your Ground law hit headlines following the death of Trayvon Martin. Martin was an unarmed 17-year-old African American man who was shot and killed by 28-year-old George Zimmerman, who was acting as a self-appointed watchman in a gated community in Florida. Zimmerman claimed self-defence and was initially acquitted of any wrongdoing. But the killing and the law spawned public outrage, especially in the Black community. The concern is that Stand Your Ground laws are being used to justify the fatal shootings of innocent Black adolescents.

Our research team considered alternative explanations: Firstly, we examined and found no significant changes in homicide rates in states without Stand Your Ground laws elsewhere in the United States. Secondly, we tested whether it could be due to a data reporting change or an unusual external event happening in 2005 (e.g., an economic recession). We found no rise in adolescent suicide rates from firearm-related injuries in Florida between 2005 and 2017, so our study concludes that it is likely that the rise in adolescent firearm homicide is because of Florida’s Stand Your Ground law. However, we caution that our findings may not be generalisable to other 22 states which have since enacted Stand Your Ground laws.

Given the study’s striking findings and the substantial burden of firearm homicide among adolescents, further investigating the impacts of Stand Your Ground laws across the United States may be critical for preventing adolescent death and racial injustices.