The challenges of Universal Credit 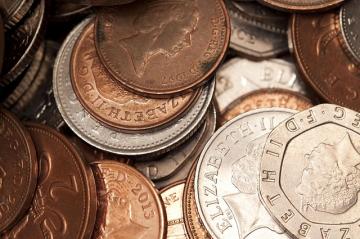 Fran Bennett took part in a radio panel on Money Box Live (BBC Radio 4) on Universal Credit on 18 October. Here she describes the issues at stake.

‘Universal credit’ is a new benefit being introduced gradually in the UK for people in or out of work. Only about half a million people are currently claiming, but when it is fully implemented there will be over 7 million. There is increasing coverage of delays, debts and other problems in the roll-out. That was the reason for the radio panel I took part in on 18 October for BBC Radio 4’s Money Box Live.

Universal credit is not universal. It is a super means-tested benefit that replaces six existing means-tested benefits and tax credits, paid for different purposes at different intervals (and often, within a couple, to different individuals). Instead, universal credit is paid in one monthly payment into one bank account. So all your eggs are in one basket, and you depend on one government department for almost all your income.

The idea was to simplify the system, and make being out of work like being in work. But there is a limit to how much putting different payments together can be simpler when the benefit is still means tested. And many people in low-paid jobs don’t have regular monthly pay. In fact, having to wait a month for the assessment is a major reason for the increase in arrears and use of food banks associated with first claiming universal credit. And this means it is also inaccurate to call it ‘credit’ – because it is paid in arrears, after the end of the month.

Universal credit was also meant to make all work pay – even casual, short-term jobs. The danger here is arguably that people then exist long term on benefit plus marginal work. The government did not want to encourage this; so it is introducing in work conditionality. This means that even if you find a job, if you are not earning enough you have to look for more hours or better-paid work, with possible sanctions if you do not do so.

Money Box Live was very topical. It included live coverage of the debate in Parliament about universal credit. And the minister had that day responded to the anger about claimants being charged up to 55p per minute to phone about their benefit by announcing that the helpline would soon be free. Unfortunately, this is not going to be enough to deal with the problems of universal credit roll-out - or what I see as its underlying, more fundamental design faults.

You can read more about this issue in Fran's guest post over on the Political Studies Associate blog.