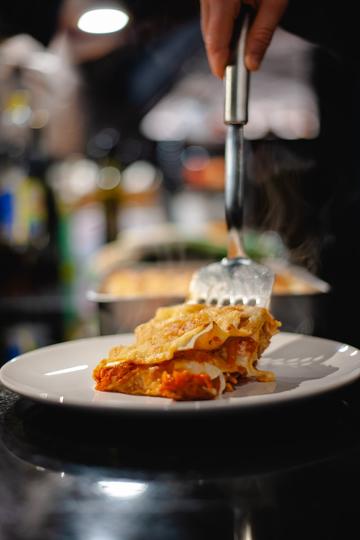 A Marie Curie Fellow in the Department of Social Policy and Intervention has gained prominence in Croatia for her campaign to persuade the government to provide free school meals for every child in the country.

The campaign, which started with an open letter, has led to meetings with senior politicians – including the President of Croatia – and numerous media appearances.

At least a quarter of school-age children in Croatia are estimated to be at risk of poverty and social exclusion. However, it is not known exactly how many children are currently in receipt of free school meals.

Dr Dobrotić said: ‘In Croatia there is no transparent, uniform and coordinated system of financing school meals, and there are significant regional differences in availability.

‘After money from the Fund for European Aid to the Most Deprived (FEAD) was reduced this year, schools had to approach the problem in different ways: for example, some closed the free school meal scheme to new pupils, and others limited it to one child per family even when all children in the family are beneficiaries of child allowance. Access to school meals is most often linked with eligibility for means-tested child allowance in Croatia, which our research shows covers up to three-quarters of children in less developed areas of the country, meaning schools had to develop additional criteria to narrow this down further. Many families are put in a difficult position, especially those that have to pay the school meals from basic social assistance, which is very low and inadequate.

‘The whole situation therefore points to the need to address school nutrition in a systematic way, and we aim to ensure that all children have access to it.’

Dr Dobrotić added: ‘Ministers have been supportive of our proposal, but we won’t consider it to be complete until we see a concrete policy change. We’re working with the government to help them explore funding options, including funding from the EU.’