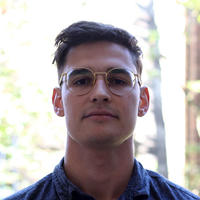 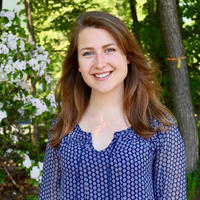 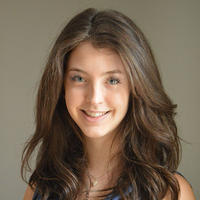 We are delighted to announce the winners of this year's George and Teresa Smith Awards. These are awarded annually for the best theses submitted by our Master's students. You can find out more about the history of the Awards here.

The George Smith Award for best thesis in the academic year 2018-19 for Comparative Social Policy has been jointly awarded to:

Severin Rapp for "Minding the Gap: How Welfare States Mediate the Dynamics Between Income and Consumption Distribution" and

Kathryn Sheridan for "Laboratories of Democracy or Instruments of Inequality? How Policy Entrepreneurs and Veto-Points Shape the Adoption of Medicaid Work Requirements in Southern States"

The Teresa Smith Award for best thesis in the academic year 2018-19 for Evidence-Based Intervention and Policy Evaluation has  been awarded to:

Bridget Steele for "Risk and protective factors for male-perpetrated sexual violence at higher education institutions: A systematic review and meta-analyses"

Many congratulations to Severin, Kathryn and Bridget for this fantastic achievement amidst strong competition. You can read more about their theses below.

Minding the Gap: How Welfare States Mediate the Dynamics Between Income and Consumption Distribution
Severin Rapp
The thesis addresses the question of how welfare states impact on income and consumption inequality in different ways, thus causing them to be closely or more loosely aligned. I argue that explaining why both measures differ and by how much is essential for measuring well-being, analysing how social policy insures households against contingencies and understanding wealth inequality. The need for going beyond conventional explanations of the relationship between income and consumption distributions developed mainly by economists becomes evident by examining recent data on both income and consumption distribution. It turns out that in contrast to common perceptions, consumption is not always significantly more equally distributed than income and both measures often give different pictures of inequality. I find that welfare states shape income and consumption distribution dynamics, though not in a uniform way. Whilst health provision primarily reduces consumption inequality, income replacement programmes, such as old-age pensions, depress inequality in income more than consumption. In accordance with previous accounts, house prices matter for the distribution of consumer spending rather than for the income distribution. Credit cannot be found to have a significant impact, potentially pointing towards borrowing during and after the financial and economic crisis. Additionally, I give an explorative account of the role of the wealth distribution for the dynamics between income and consumption expenditure. While a relationship exists, I can only provide a speculative answer as to how causal inference can be made. Using a statistical approach, I capitalise on a brand-new dataset on income, consumption and wealth inequality for the same population covering 27 EU-countries. The findings highlight the importance of social policy as an explanatory factor in the analysis of income relative to consumption inequality. Through demonstrating how different kinds of welfare state intervention do not impact on different distributional outcomes in a uniform way, I stress the importance of considering inequality multidimensionally. In addition, the thesis emphasises the role of the welfare state in smoothing both costs and income, relative to other factors such as private assets and credit.

Laboratories of Democracy or Instruments of Inequality? How Policy Entrepreneurs and Veto-Points Shape the Adoption of Medicaid Work Requirements in Southern States
Kathryn Sheridan
This thesis compares two similar conservative states, Kentucky and West Virginia, to analyze why Medicaid retrenchment policy succeeded in one state but not the other. Medicaid is a joint federal and state program that provides health coverage to millions of low-income Americans and has undergone radical change over the past decade, including the introduction of work requirements for able-bodied participants under the Trump administration. I synthesized past literature on welfare retrenchment and devolution with my analysis of empirical evidence to craft a narrative for each state and identify influencing factors. My analysis illuminates state governors as increasingly powerful health policy advocates in Medicaid reform, and explores how political and institutional factors contribute to deviating policy outcomes across states. Though Medicaid is a long-established program with a large constituency, the shift towards devolution on a state level suggests the program may not be as resilient as once expected.