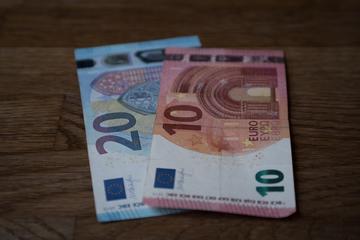 There is much debate over the merits of universal basic income (UBI) – a system of unconditional government payments made to all citizens of a particular country or locality.

While plenty of studies have looked at the economic effects of UBI – or at individual preferences for other types of state benefit – there is a lack of analysis around individual attitudes towards UBI.

Two new papers authored by Dr Tim Vlandas address this gap by exploring the nature of individuals’ support for UBI across a range of European countries. Writing in the Journal of European Social Policy, Dr Vlandas, of Oxford’s Department of Social Policy and Intervention, says: ‘The findings from logistic regression analyses with country fixed effects are partly consistent with the expectations of previous social policy and political economy literatures. Younger, low-income, left-leaning individuals and the unemployed are more likely to support a UBI. Individuals with positive views of benefit recipients and/or high trust in political institutions are also more supportive, while anti-immigration attitudes are associated with lower support.

‘By contrast, the patterns across occupations are mixed and male respondents appear slightly more supportive. Trade union membership is not statistically significant, perhaps because of contradictory effects: unions typically support new welfare state policies but they also have a key role in many existing welfare state schemes and may worry about individuals’ attachment to the labour market.’

The findings are based on data from the European Social Survey. Dr Vlandas writes: ‘At the cross-national level, support tends to be higher where benefit activation is more pronounced and unemployment benefits less generous. These results suggest one possible reason why countries with high support for a UBI have not introduced it: the mixed support among the left means a pro-UBI coalition has to draw on right-wing voters who may support it only with lower taxes and/or extensive replacement of welfare state benefits, which in turn may further alienate parts of the left.’

A second paper, co-authored with Dr Hanna Schwander of Humboldt University of Berlin, theorises and explores empirically the relationship between different strands of left ideology and support for UBI across Europe. The study is published in the Journal of International and Comparative Social Policy.

Dr Vlandas and Dr Schwander write: ‘We delineate three types of concerns about capitalism: “Labourist Left” worry about exploitation; “Libertarian Left” about repression; and “Social Investment Left” about inefficiencies. Contrary to expectations, our results based on data from the European Social Survey suggest that having high concerns about exploitation is positively correlated with support for UBI, whereas repression concerns are negatively correlated with support. In line with our hypothesis, left-leaning individuals with efficiency concerns are more likely to support UBI.

‘Our findings call for more detailed surveys and further research on the different ideologies within the left and how these relate to variation in support for UBI which would shed further light on the resulting potential coalition dynamics for a larger-scale introduction of UBI.’