Out of Oxford: Rhaina Cohen (MPhil 2016), producer and editor of long-form narrative podcasts at NPR 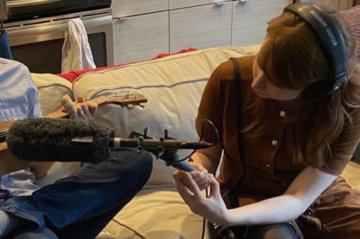 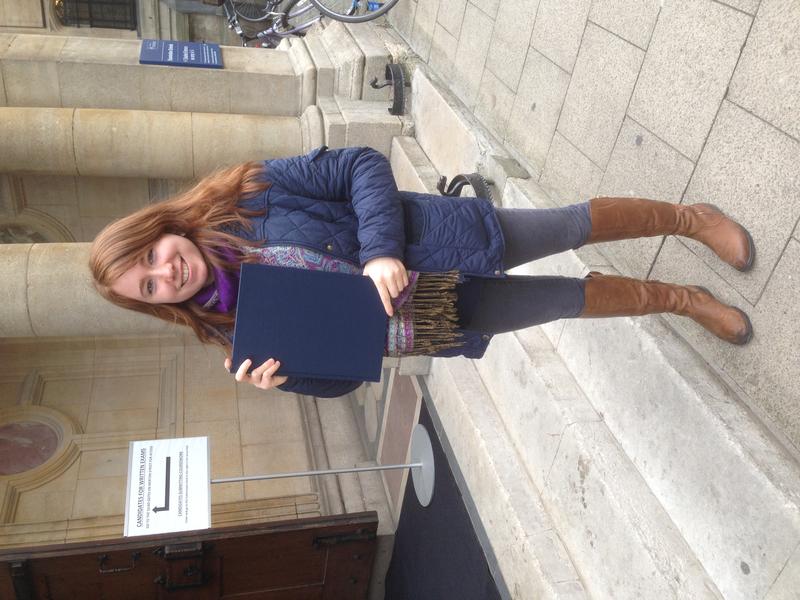 From themed dinners to open-mike nights, alumna Rhaina Cohen talks about how her degree in Comparative Social Policy shaped her as a journalist today working for the USA's National Public Radio service (NPR).

I’m drawn to stories that can help us to understand our need for care and social connection and how inequalities play out in our lives. During my undergraduate degree in American studies at Northwestern University, I became very interested in gender equality and podcasting. A mentor of mine really encouraged me to go to Oxford. He inspired me to apply for fellowships to study in the UK, and when I discovered the MPhil in Comparative Social Policy, it felt like it was built for me.

The international element of Oxford is incredibly special, and If I could go back and do it all again, I would tell myself to try even harder to get to know more people. I’m lucky to have so many people I met at Oxford close to me in Washington. Many of the people I met are now becoming leading academics in a range of fields. They helped me to hit the ground running when I started work as a producer for the podcast and radio show Hidden Brain, which is a show that focuses on the Social Sciences.

NPR is a bit like the equivalent of the BBC in the US, and I’ve been producing, editing, and reporting stories for shows across NPR since 2016/17. Some of the most satisfying work is when you're involved in the genesis of a story, when it emerges from an idea to something that goes out into the world. I’ve always been interested in performing arts, and not only is my job intellectually stimulating, but also creatively fulfilling. Audio production involves a lot of music and sound design within episodes. Audio Journalism involves a different sort of creativity in the way that you can have a story unfold and how you can convey things by sound and words.

I’m always amazed at how I get to do this for a living – I get to call people up and have them tell me about their lives. I’m currently working on a project What If Friendship, Not Marriage, Was at the Center of Life?, which reimagining the relationships that people can have. People give you a huge amount of trust. If the shoe was on the other foot, I’m not sure I would be so comfortable with sharing so much about my life. To be trusted to tell their stories in a way that is compassionate and understanding, and thoughtful, is truly a gift.

One of the projects I’ve really enjoyed working was In The Heat of the Moment about the ‘hot and cold empathy gap’, which I encountered through a friend of mine who is a psychologist. When we are in a ‘cool headed’ state it’s hard for us to know what our behaviour will be like in an intense moment, such as rage or fear. The whole episode I produced examined how we sometimes behave in ways that don't make sense to ourselves. For example, in one study, many women believed that if they found themselves as a victim of sexual harassment, that they would speak up and be angry. But the reality was very different.

It’s always heart-warming to hear from our listeners, and how our programmes helped them in some way. This sort of work, which feels grounded in research, can also move people. When I’m crafting a story, it’s always a balancing act to ensure that I have distilled the research without it getting in the way of the narrative. But the world is complicated, and it’s important not to oversimplify. When you research on topic so intensely at postgraduate level, it makes you realise how little you know about other topics and so I like to be mindful of that.

I miss the collective hive-mind that makes Oxford a truly unique and incredible place. A fellow PhD student in DSPI used to host dinners centred on a broad topic, such as death or family or privacy. The host would send out items to read or listen to ahead of time, and then we’d discuss the different ideas and policies and approaches to thinking about the theme. The evenings would go on for hours over wonderfully cooked food. Now I think about it, there are a lot of similarities to the work I do now in tackling topics in a way that feels challenging and yet intimate, except I don’t get to enjoy the wonderful dinners.

Outside of NPR, Rhaina Cohen has written for various publications, including The Atlantic, The Washington Post, and The New Republic. She’s worked for ABC News' This Week with George Stephanopoulos and as a research assistant for books about single women, Michelle Obama, and older women