Poverty in the UK: responding to the Alston report 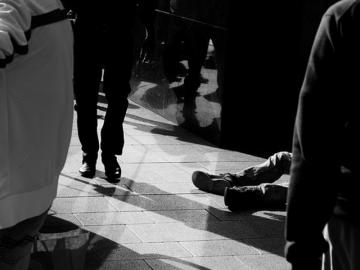 Last week the UN Special Rapporteur on extreme poverty and human rights, Professor Philip Alston, produced a statement on his 12 day visit to the UK. In his introduction he writes, "it... seems patently unjust and contrary to British values that so many people are living in poverty." The statement goes on to outline what Alston observed during his fact-finding mission, which saw him talk to people living in poverty, charity workers, local and national government officials and many others. Amongst the academic researchers he listened to were Fran Bennett and Aaron Reeves from this department.

Alston's statement, and his call for change, have already provoked a strong response. He described the UK government as "determinedly in a state of denial" about the levels of poverty in the UK, calling the statistics a "disgrace... social calamity and an economic disaster, all rolled into one." Amber Rudd, newly appointed work and pensions secretary, promptly labelled the report as "extraordinarily political." The debate continues, and Alston will present a longer report to the UN Human Rights council in Geneva next year.

Fran Bennett has written a fascinating response to Alston's report. Read it here at the Barnett House Blog, where you can also browse other pieces from students and staff at DSPI.