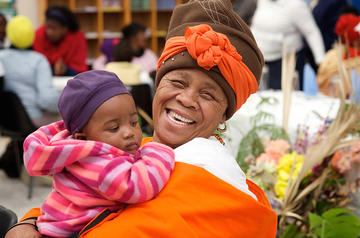 Evidence continues to emerge from around the world for the effectiveness of the ‘Parenting for Lifelong Health’ suite of interventions. Improving parenting has been shown to reduce child abuse, but, until now, there have been no tested parenting programmes for parents of young children in South Africa.

PLH was developed by researchers from the Universities of Oxford, Bangor and Cape Town, together with NGO Clowns Without Borders South Africa. Parenting for Lifelong Health (PLH) for Young Children is one of the first open access parenting programme for parents of 2- to 9-year-olds that can be delivered at low cost. This 12-session group-based programme provides parents with skills to develop positive relationships with their children and to manage difficult child behaviours in a nonviolent way. The programme is delivered collaboratively with interactive activities and a good dose of fun.

A newly released article in the Journal of Child Psychology and Psychiatry on a randomised controlled trial of PLH for Young Children conducted in two low-income communities in Cape Town with 296 parents shows promising results.

Parents who received the programme said that they used positive parenting strategies more often and used less physical and emotional punishment than those who did not receive it. In a structured observational play task, these parents had more positive interactions with their children, while their children showed improvements in their behaviour. Encouragingly, many of these results continued one year later.

This trial highlights that even in challenging environments a parenting programme can have a positive impact on parents and their children. It supports extensive scale-up of these services to reach more families.

This programme forms part of the larger Parenting for Lifelong Health suite of interventions, which have been developed through a collaboration between the World Health Organization, UNICEF, academic institutions and community-based organisations. These interventions are now being implemented widely in 22 low-resource countries across Sub-Saharan Africa, Southeast Asia, Eastern Europe and the Caribbean – reaching over 300 000 vulnerable families. Find out more, including access to the programme manuals at no cost. 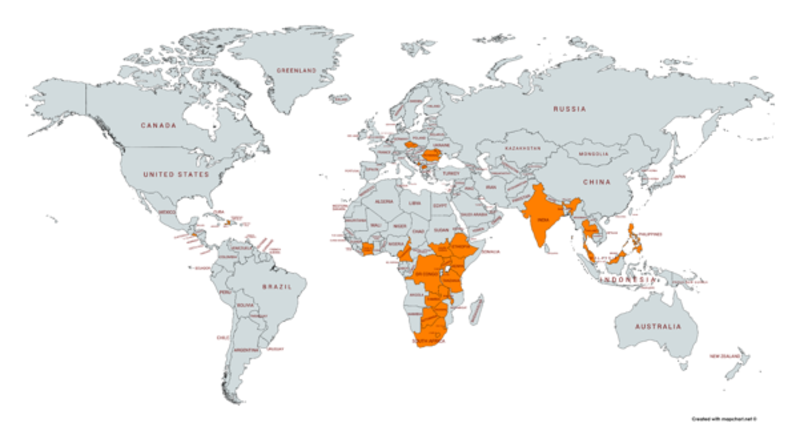 Image: Map indicating countries in which PLH programmes are implemented