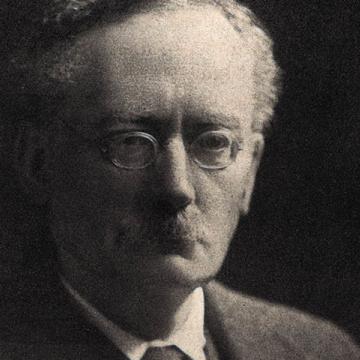 As we look forward to this week's Sidney Ball Memorial Lecture - this year to be given by Professor Fiona Williams (last places to book) - George Smith helps us look back at the man for whom the lecture series was named.

This year’s Memorial Lecture marks 100 years since Sidney Ball’s death. Ball was the originator of ‘Barnett House’ which opened in 1914. It was his final work. Barnett House is now the Department of Social Policy and Intervention.

After a degree in classics at Oriel College (1875-9), Sidney Ball attended German universities, studying philosophy and political economy. He returned to Oxford with a lectureship in philosophy at St John’s College in 1882. One of his key aims, perhaps drawing on his German experience, was to shift the university towards more serious and systematic study of contemporary economics and politics. Neither was taught as a degree course and the only post (in political economy) was in the history faculty. Later he used his knowledge of German Ph D courses to influence the way the Oxford D Phil programme developed.

Sidney Ball was from the outset a self-professed ‘progressive’ reformer, the midpoint - as he saw it - between the ‘traditionalists’ who wanted no change and the ‘radicals’ who wanted to change everything. In Oxford he pressed for the creation of an English language and literature degree, for the end of compulsory chapel and for the full admission of women.

He taught a very large number of undergraduates and had the reputation of being a highly supportive and kindly college tutor (the ‘ideal don’ as his wife dubbed him in her biography).  He was also an indefatigable lobbyist for progressive causes, backing fellow progressives in elections to key committees and positions in the university - but not just in the university. In Ball’s room in St John’s in November 1883 the original plans were made to establish the first university settlement in the poorest areas of London, with Samuel Barnett as its first warden.  Toynbee Hall, the result, is still working at the same location in 2018. In 1884 Ball started the Social Science Club in Oxford to bring together students, local people and local workers to discuss social problems, and in 1886 he helped form the Oxford Economic Society; in the same year he joined the national Fabian Society and became increasingly identified as Oxford’s  leading ‘socialist don’.

As a way round the problem of creating new first degrees in economics or politics, when blocked by the ‘traditionalists’  Ball and colleagues drew on a tactic that others have used since, by setting up a one year Diploma in Economics and Political Science (1904). This could enrol students more easily and draw on existing teaching resources within the university, including the Professor of Political Economy, Francis Edgeworth. The course attracted a growing number of students including those from overseas, Rhodes scholars and women.   Ball was also a very active supporter of the Workers’ Educational Association (WEA) and a key member of the committee that drew up the university report on Oxford and Working Class Education (1908). One outcome was to permit the newly created (1899) Ruskin College for working class men to enrol its students on the University’s Economic and Politics Diploma.

When Samuel Barnett died in 1913, Ball again convened a group in his rooms (30 years to the day after the 1883 meeting) to discuss a suitable memorial. The result was not another settlement (as Barnett’s widow, Henrietta, apparently wanted), but a centre in Oxford that would bring together those concerned to study contemporary social and economic problems as well as promote training in research, policy and practice for those directly working with such problems. Barnett House formally opened at the corner of the Turl and Broad Street in June 1914. Though it had strong support across the university it was always a voluntary organisation aiming to draw in academics and students as well as people from across Oxford and elsewhere. Ball’s vision was for it to become a civic or ‘citizens’ house’.  It was not until 1946 that Barnett House became fully part of the university.

Almost as soon as Barnett House opened the First World War began and the next few years meant its resources were used to serve refugees from Europe, particularly Belgians. Ball himself was involved in working with a large contingent of Serbian refugees, providing for their accommodation and education in Oxford, including several who joined the Diploma course.

Ball died before the war ended.  To honour its first chairman and guiding light, the Sidney Ball Memorial lecture was set up after the war and the first was delivered in 1920. They have continued since then with a very distinguished list of speakers.  An indirect memorial was the PPE (Politics, Philosophy and Economics) degree which rapidly took shape in the early 1920s - building on Sidney Ball’s earlier endeavours - and grew to be one of the largest first degrees in Oxford.