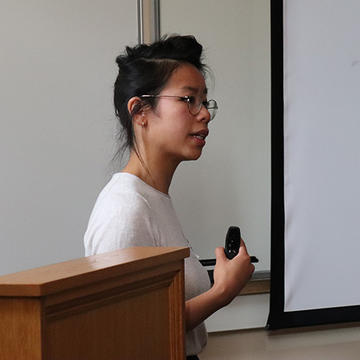 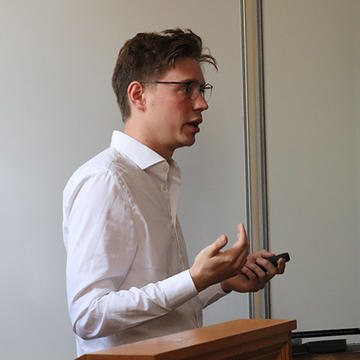 Over the coming weeks we will be presenting a series of articles to highlight the research discussed at our recent 2019 Graduate Research Student Conference. Today we feature a set of presentations given by two DPhil Social Policy students on intergenerational social class mobility in Europe.

First, Nhat An Trinh presented her research with Dr Erzsébet Bukodi on ‘Better times to come? Intergenerational class mobility of labour market entrants in Germany and the UK since the 1950s.’ Nhat An began by explaining the distinction between absolute and relative mobility, and the theoretical expectations that are brought to bear in this research. Past findings on over-time trends for both countries have been inconclusive, which is why they are now looking at the mobility rates of labour market entrants over the past 70 years. Data is coming from the German Socio-Economic Panel, Understanding Society and the UK Labour Force Survey.

Discussant Dr Colin Mills had some ‘sceptical’ comments in the context of what he called a super piece of work - for example questioning the value of comparisons between pairs of countries, wanting further discussion of the differences in ‘mobility regimes’ in each country, and asking what part the changing age at which people have children plays.

The second presentation came from Caspar Kaiser, speaking on a paper he has written with Nhat An Trinh on ‘Mobility, reference and positional effects: How does social class affect life satisfaction in Europe.’ Caspar and Nhat An developed four hypotheses around how social class affects life satisfaction, and the data they used from the European Social Survey which they separated into Western and Eastern Europe. Life satisfaction was measured with the question: ‘All things considered, how satisfied are you with your life?’

There are some striking results. For example this research suggests that people in Class 7 (lowest) in Western Europe will still experience better overall life satisfaction than people in Class 1 (highest) in Eastern Europe. Overall, it is shown that social class is a major determinant of life satisfaction. The effects of social mobility and one’s social background are more important in Eastern compared to Western Europe. Also, self-employment has different implications in Western and Eastern Europe.

Discussant Dr Lindsay Richards called this an impressive piece of work, but made sure to pose questions about the contributions claimed for this paper, including how macro effects may have been buried within the theoretical approach of the research, and whether some variables, like the nature of people’s work, were sufficiently accounted for.