Spotlight on Graduate Research: Social Policy Beyond the West 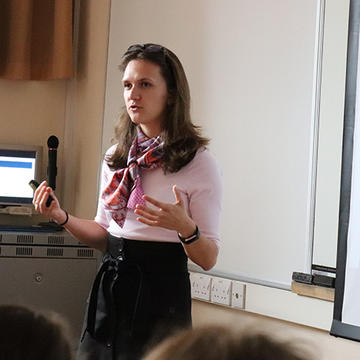 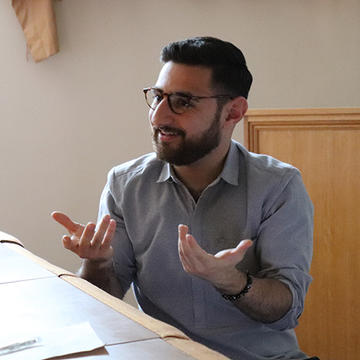 Over recent weeks we have been presenting a series of articles to highlight the research discussed at our 2019 Graduate Research Student Conference.Today we feature presentations given by two DPhil Social Policy students on Social Policy beyond the West.

First, Olya Homonchuk presented her research on ‘Subjective Poverty in Ukraine: Exploring Influential Factors.’ She began by introducing us to some of the challenges of researching subjective poverty. For example, people might not self-identify as poor even when they would be considered as such by objective measures because of shame and stigma associated with the label or they might identify as poor when they are not materially deprived, as is often the case in Ukraine. According to the Ukrainian national household survey, virtually no one in Ukraine identifies as middle class. Find out more. Olya has been conducting fieldwork in the past year.

Themes which have emerged from her research so far are that the subjective feeling of being poor arises from the context of economic volatility, the lack of opportunities for self-realisation in Ukraine, relative deprivation to Western Europe, and the experiences of disrespect and misrecognition in the labour market and in the interactions with the state institutions. Olya is working with recognition theory to understand the phenomenon of subjective poverty in Ukraine. She has also found evidence that structural explanations of poverty dominate in Ukraine. She is now considering the order of importance of the dimensions of poverty, and other implications of her findings.

Discussant Dr Rachel Bray praised Olya’s reflexive approach and picked up on several areas for comment. If Olya had not presented interviewees with a ranking system for poverty, would they have identified with poverty as they did? She also gave a suggestion to engage with literature around divergence between expectations and reality in other settings, such as post-apartheid South Africa, along with other areas to expand on in discussion.

The second presentation was from Ali Bargu, on ‘Mobilize and Contain: does the Interplay of Electoral and Contentious Politics shape Social Safety Net Expansion.’ Ali’s research is done within the Department and also with the Politics of Welfare in Emerging Market Economies project based at Koç University Istanbul. He is investigating why there has been such a large expansion globally in social safety nets. He gave the context of the main functions of social assistance – poverty reduction & empowerment; macroeconomic/stabilising functions; political/electoral function. His thesis will focus on the last - the links between protests (when the poor become politicised) and political parties.

Ali is asking under which electoral and political conditions do governments respond to contentious politics with social safety net expansion? He expects to see the biggest increase in SSN when the poor are politicised, and where there is most electoral competition. He discussed the data set which the project is gathering, and the first stages of analysis, which are indicating differences between advanced and emerging welfare states, and that previous effects noted by political economies may be more mixed than previously thought.