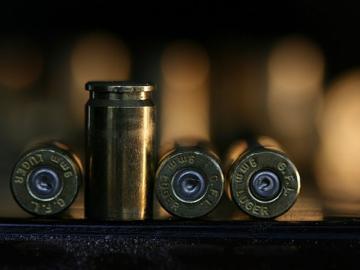 The Joyce Foundation have made a major new grant to Dr David Humphreys and his colleagues for the continuation of their research into the impact of America’s controversial ‘Stand Your Ground’ laws. Dr Humphreys, Associate Professor of Evidence-Based Intervention and Policy Evaluation, has been investigating the effect these laws have had on rates of physical harm.

The first ‘Stand Your Ground’ law was introduced in Florida in 2005. It gave increased legal protections for people who use lethal force in response to perceived threats. Prior to the enactment of this law, members of the public were only justified in using lethal force in self-defence in the case of home invasion, but the new law expanded this principle to make lethal violence a justifiable means of self-defence  in public. Dr Humphrey’s work on the public health impact of this law, with colleagues from the University of Pennsylvania and London School of Hygiene and Tropical Medicine, has been widely cited in the media.

In a 2017 study in the Journal of American Internal Medicine, they showed that ‘the removal of restrictions on when and where individuals can use lethal force was associated with a significant increase in homicide and homicide by firearm in Florida.’ In response to questions about the distinction between unlawful and justifiable homicide in their findings, they published a follow-up research letter in 2017 which found that, ‘although both justifiable and unlawful homicides increased substantially after the law took effect in 2005, unlawful homicides accounted for most of the increase’.