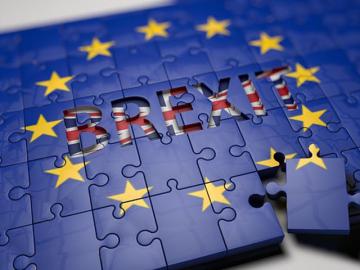 Professor Mary Daly shares her thoughts on the implications of Brexit for social policy in Europe, drawing on her recent article in Social Policy and Society

In the febrile climate surrounding Brexit, we can learn a lot from taking a backward look. In researching and writing my article – ‘The Implications of the UK Departure for EU Social Policy’ in Social Policy and Society - the historical roots of Jeremy Corbyn’s ambivalence about the EU became clear. There is a strand of the Labour party that has always held the EU at critical distance, viewing it as a project oriented only or mainly to economic growth and market development. The first UK referendum in 1975 on whether to remain in the EU was called by Harold Wilson’s labour government out of dissatisfaction with the financial terms that had been negotiated by Ted Heath and worried that EU membership would be a block on socialist industrial policies (67% voted in favour on a turnout of 65%). Of course a lot has changed since then, including New Labour’s relatively warm embrace of the EU, especially during Tony Blair’s premiership. To understand the split in today’s Labour party over the EU it is helpful to recognise the long arc of Labour party ambivalence towards the EU. In this it has some common cause with the Conservative party, which, rather against popular impression, has actually at some stages strongly supported the EU whilst at others being virulently opposed. Brexit will leave both parties without a common enemy or friend, and deprive them of opportunities for both credit claiming and blaming.

The balance of evidence considered in my article on UK membership suggests two things: the UK has been a very important social policy actor at EU level; it secured for itself the status of an exceptional member state. In regard to the first point, my article underlines how influential the UK has been in shaping EU social policy, finding fertile ground for the promotion of the social policy approach embodied by its own liberal welfare state. Margaret Thatcher, for example, was a vocal champion of the European single market, seeing its potential benefits for the deregulatory social policy reforms she was pursuing at home in the 1980s. Tony Blair also valued the market-making dimensions of EU social policy, especially promoting the tighter linking of employment and welfare policies in a perspective that favoured deregulatory policies on the one hand and selective social investment on the other. Since 2010, and especially in response to the 2008 crisis, we witness another concurrence between the market-making orientation of both EU and UK social policy with successive Conservative-led governments endorsing austerity and strong fiscal policy both at home and in Europe. In a second notable achievement, on numerous occasions, the UK strategised and negotiated for special conditions. As a result it is the member state with the most opt-outs and has most often been the beneficiary of special treatment.  It is somewhat ironic, then, to see the UK departing an arena where it has had such an impact. In addition to illustrating how well the UK understood and manipulated core elements of the EU in regard to social policy, the EU’s tolerance for special conditions for the UK suggests a far greater degree of flexibility than is customarily assumed.

Looking forward, the departure of the UK leaves space and opens up opportunities. Although there is much uncertainty and it is not at all clear how long the impact of the UK’s departure will last, some things are clear and will be influential going forward. For one, we can be sure that social policy will remain at the heart of EU contestation, a faultline for disaffection with the EU project on the one hand and support for it on the other.  We also know that the ‘settlements’ around social policy at EU level are always contingent, shaped by political power and ideology and reflecting especially the balance of power at member state level. Hence we can expect the EU to reflect political competition at national level and therefore continue to veer between a narrow market-making social policy that buttresses free trade and competition and one that seeks to also correct for market failures and weaknesses. Certainly the departure of the UK will leave some space among those favouring the former approach. Note the use of the word ‘space’ rather than ‘vacancy’ here – there isn’t a vacancy because there are many member states already which have traditionally pushed for a limited social Europe, the Eastern European and Baltic states for example. And the populist surge in countries as diverse as Austria, Hungary, Italy, Poland and Sweden also suggests a more constrained EU.

How has the EU reacted thus far? Looking at current developments in EU social policy, the signals about the future are mixed. While there are some signs of a more social impulse in policy – as in the European Pillar of Social Rights for example – it is hard to identify political conviction around the need for a different - more social and redistributive - type of EU social policy engagement.

My conclusion, then, is that the future for EU social policy will probably be one of ‘muddling through’, subject as in the past to continuous rounds of iteration and contestation between a transnational process of rules and rule making and political engagement on the part of member states acting mainly in their own interests and wanting to keep as much control of social policy as possible for themselves.