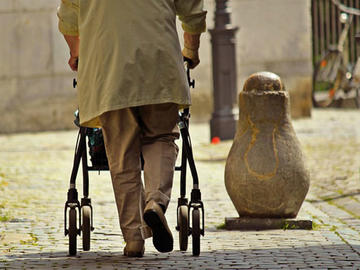 Image by cocoparisienne from Pixabay

Research on poverty among elderly by Professor Bernhard Ebbinghaus at DSPI Oxford has been discussed in the Observer and BBC4's 'More or Less' recently. This study was first presented at the European Sociological Association's conference in Manchester in August 2019. In particular, the study found that the proportion of elderly people in the UK living in severe poverty is five times the level it was in 1986, the largest rise among western European countries. His new study links the rise (from 0.9% to 4.5%), to Britain’s ‘Beveridge lite’ state pension system, with its low basic payments and means-tested supplements.

Professor Ebbinghaus found, based on the Luxembourg Income Study, that the UK was one of only five countries out of the 16 he studied that saw a rise in people aged 65 and over living in severe poverty until the economic crisis in 2008. Its Beveridge lite system "has rather ungenerous basic pensions with means-tested supplements and this reproduces relatively high severe poverty rates among the elderly." British basic pensions are particularly low, he quotes 16% of average earnings (as reported by the OECD for the early 2010s), requiring a long contribution period. More recent figures show an improvement in the basic pension (and would be higher in respect to median earnings). Nevertheless, the UK ranks among the less generous basic pension systems across Europe. “Income-tested or means-tested targeted benefits are needed to supplement basic pensions and lift them out of severe poverty – every sixth British pensioner receives such additional benefits.”

Professor Ebbinghaus will present the comparative results on recent changes in old age poverty risks and income inequality across Europe at the European Social Policy Association network conference in Stockholm this week. The UK is one of the countries in Europe which has made private pension an important source of income - leading to increases in its old age income inequality in addition to poverty. Based on the European Union Survey of Income and Living Conditions, he finds that the UK also ranks among the countries with the highest level of inequality in old age income across Europe together with other countries that have voluntary supplementary pensions. He concludes that "the comparison of European pension systems shows that the shift toward increasing privatisation amplifies the already existing level of social inequality."

The full paper is available on Researchgate.