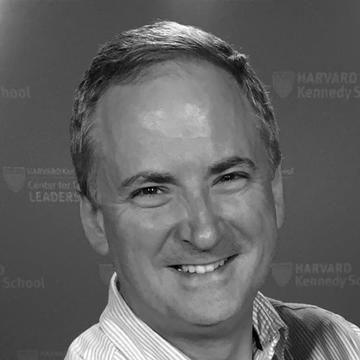 Justin Hartley is a former Fulbright Scholar and graduated equal top of his class with a Master in Public Administration from Harvard University. The Harvard Kennedy School named Justin a John F. Kennedy Fellow and he was elected Executive Vice President of the Harvard Kennedy School Student Government. After graduation, Justin worked for one year as both a Research Scholar and Teaching Fellow at Harvard’s ‘Shorenstein Center on Media, Politics and Public Policy’ and a further year as both a Research and Teaching Fellow at Harvard’s ‘Center for Public Leadership’. He has been published on several occasions.

Prior to Oxford, Justin specialised in political leadership and youth leadership development and regularly consulted with political leaders and universities around the world. He is especially passionate about mental health and well-being, cognitive flourishing, ageing as well as building community and resilience through developing intergeneration relationships. For several years, Justin worked as primary care giver for his Mother who suffered from the degenerative Alzheimer’s disease. He is a former 'Guinness World Record' holder in memory and 'Australian Memory Champion' and worked for five years with ‘Samaritans’ in Central London supporting people who were depressed or actively suicidal. Has volunteered in the media and as keynote speaker for two years speaking on memory, memory improvement and mental health. In 2011 he co-founded Australia’s first not-for-profit that educates, supports and treats children in chronic pain. Justin is excited to be reading for a MSc in Comparative Social Policy and its applications to improving the mental health and well-being of citizens, including preventing suicide. He intends to pursue a DPhil or PhD following graduation. Justin loves travel, photography, current affairs, sport and animals, especially his black labrador.