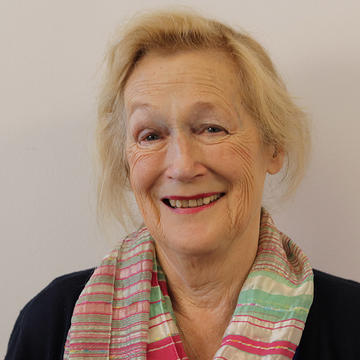 Ann Buchanan is a Senior Research Associate in the Department of Social Policy and Social Intervention, Emeritus Professor of Social Work and Supernumerary Fellow of St Hilda’s College. Previously she was Director of the Centre for Research into Parenting and Children. Before entering academic life in 1990, she spent ten years working as a child psychiatric social worker.

From 2008-2013 she was on the University of Oxford Research Committee. From 2007-2013, she was on Council of the ESRC and chaired the group responsible for updating the ESRC Framework for Research Ethics. From 2010-2013, she chaired their Evaluation Committee. She became a Fellow of the Academy of Social Sciences in 2009 and was on the Council of the Academy from 2011-2017. In 2012, she was awarded an honorary Doctor of Law from the University of Bath. In 2012 Ann Buchanan received an MBE for her contribution to social science research.

Her current research interests are: child well-being and the impact of family relationships on child outcomes, particularly amongst disadvantaged children. In this she has studied parenting, fathers, grandparenting, grandfathering and is presently exploring the impact of support from brothers and sisters.  Much of her research has a policy focus.

Some of her earlier work was based on longitudinal data from the National Child Development Study. This was informed by her field studies and research eliciting the views of children.

Among her externally funded projects have been research grants from: the ESRC; Office of the Deputy Prime Minister; EU (Tempis Tacis - Russia); the Nuffield Foundation; the Mental Health Foundation; NHS Executive Anglia and Oxford; Joseph Rowntree Foundation; Barnardo's; Children's Society; the Baring Foundation; the Samaritans and the Calouste Gulbenkian Foundation.

In 2008 she was taken to Beijing by the British Academy/Co-reach initiative to showcase her research. In 2009 she was invited to talk on her research to the Cabinet Office Strategy Unit. In 2009, she revisited the State University of St Petersburg (Russia) where she is a Visiting Professor. She returned to China in September 2010 at the invitation of the Chinese Academy of Social Science. In October 2011, she was invited to speak both to the David Hume Institute in Edinburgh and; to the Scottish Government on ‘Maximizing the potential of children in the early years.’

In 2013, her co-edited book ''No time for children?  Fertility Rates and Population Decline" was launched at the European Parliament. In 2015 she gave the centenary lecture at The Mandel School, Case Western Reserve University, Cleveland. In March 2015 she was invited to talk on ‘Impact in the Social Sciences: Messages from the ESRC and the frontline’ to The Swedish Network for Innovation and Technology Transfer support (SNITTS).

In 2016, together with Anna Rotkirch, she edited a book: ‘Grandfathers: Global Perspectives’ which was published by Palgrave Macmillan.  This was nominated for a British Academy Peter Townsend award. In June 2017, she gave a keynote address to the University of Athens on ‘Families in transition. Safeguarding unaccompanied child refugees’. In June 2018, she give a keynote speech to the South Korean Adolescent Research Association in Seoul on ‘Using the findings of brain research to maximize the potential of children in their early years and through adolescence..During 2019, she has led workshops on evidence based intervention for the European Social Network in Madrid, Malta and Latvia. She is currently contracted by Palgrave Macmillan, together with Anna Rotkirch to edit a book on Brothers and sisters: sibling relationships over the life course to be published in 2020.

Buchanan, A. & Rotkirch, A. (2019) The role of Grandparents in the twenty-first century. Abingdon: Routledge

Buchanan, A (in press) Using the findings of brain research to maximise the potential of children in their early years and through adolescence. Relevance to South Korea’. Proceedings from the Korean Adolescent Research Association.

Buchanan, A. (2018) Grandfathers – are their roles changing and is this having an impact on grandchildren . B. Hayslip & C. Fruhauf (eds). Handbook of grandparenting: The changing dynamics of family relationships. New York: Springer.