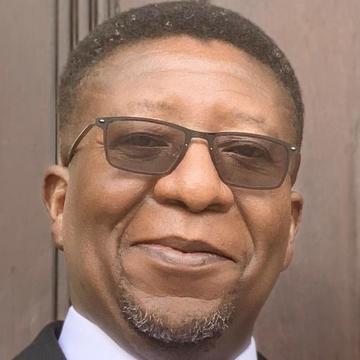 He is an Attorney at Law (Solicitor) of the High Court of South Africa and a consummate manager with 19 years of experience in the senior management service of the government of the Republic of South Africa. He also had the honour to serve as Dean of the Forum of South African Directors-General (FOSAD) from October 2017 to January 2020.

He recently served as Director-General of the Department of Justice and Constitutional Development of the Government of the Republic of South Africa [2016 -2020]; a lead department on the implementation of the South African Constitution, the Bill of Rights and various international human rights instruments, including the International Covenant on Social, economic and cultural rights.

Previously, he served for more than nine years as the Director-General of the Department of Social Development [till September 2012] and co-chairperson of the Social Sector Cluster of the FOSAD which worked on integrated social policy interventions of government, amongst others, Anti-Poverty Strategy, Comprehensive Social Protection, National Health Insurance, Integrated Human Settlements, Anti-Substance Abuse Programmes, Social Crime Prevention, etc.

Subsequently, he served as Director-General of  the Department of Cooperative Governance [till April 2016] focusing, among other things, on leadership in municipal governance, Integrated Urban Development, Local Economic Development as well as the provision of basic services such as water and sanitation, electricity, including free basic services for the poor households.

He has vast international experience in the fields of law and social policy. He has served a member of the Bureau of the International Social Society Association (ISSA) [2005 to 2010] and Chaired a Project on Social Security in BRICS Countries. He has also actively participated in both formal and informal multi-lateral engagements in the UN Commission for Social Development (2003 to 2012) and served as South Africa's contact person for the Millennium Development Goals (2010 to 2012) and discussions on the Sustainable Development Goals.