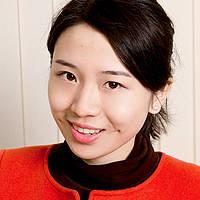 Yuxi Zhang is a DPhil candidate in Social Policy and a member of Green Templeton College. She previously obtained an MSc in Comparative Social Policy from this Department.

Yuxi's DPhil project investigates the expansion of health-care provision in China and the role of politics in this process. She employs mixed-methods in her study, including process-tracing, logistic regression and clustering analysis etc. Her article "Promotion tournament 2.0: Why local cadres expand health-care provision in China" is forthcoming in the journal Governance: An International Journal of Policy, Administration and Institutions.

Yuxi has presented in many international conferences, including the annual conferences held by the Society for the Advancement of Social-Economics, the Asian Population Association, the European Network for Social Policy Analysis and the British Society for Population Studies.

Yuxi has received various scholarships, such as that granted by the China Scholarship Council, the Santander Travel Awards, the DSPI Student Support Fund and the GTC Competitive Conference and Fieldwork Fund. In 2017, she was awarded a full visiting scholarship by the Hong Kong University of Science and Technology.

Yuxi is a member of the organising committee of the 2018 DSPI Graduate Research Conference. She also undertakes the roles as the Seminar Leader for MPP students at the Blavatnik School of Government and the Social Policy tutor for PPE undergraduates.