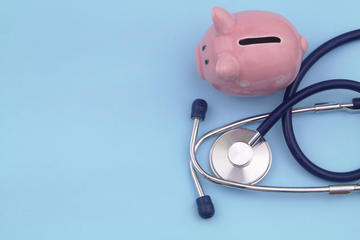 Social scientists from the Department of Social Policy and Intervention worked with a wide range of stakeholders in South and East Africa to assess how government support programmes improved social and health outcomes for young people affected by HIV and AIDS.

As a result, similar ‘cash and care’-led approaches have been included in adolescent policy and service delivery by agencies across the world – including the U.S Agency for International Development (USAID) President’s Emergency Plan for AIDS Relief (PEPFAR), UNICEF, UNAIDS and national governments including South Africa, Kenya, Malawi, Mozambique, Zambia and Zimbabwe.

Research was deemed to support delivery of the UN Sustainable Development Goals, and so impactful, that researchers were invited to write the South African National Adolescent and Youth Health Policy 2017-2022.

First, social scientists investigated the impact of being a 'young carer' on children's well-being within families affected by AIDS. The team interviewed and followed up with 6,004 children and adolescents in areas with high HIV rates, and 2,500 of their caregivers between 2009-2012 – which made this the world’s largest study on children in AIDS-affected families.

The research showed that regular, small poverty alleviation-focused cash transfers to families (the South African Child Support Grant) substantially reduced the risk of adolescent girls engaging in transactional and age-disparate sex: the region’s primary vector of HIV infection. In short, cash transfers meant that girls living in poverty did not need to have a ‘sugar daddy’ to bring food onto their family tables.

This highlighted the need to make cash transfers part of a combination approach to prevention, which targets structural, behavioural, and biomedical drivers of infection. There is also an urgent need for effective and scalable HIV-prevention interventions in sub-Saharan Africa for adolescents – including boys specifically.

So, the research team investigated whether combining cash transfers with good parenting (‘Cash+Care’) would increase HIV prevention across a wider range of sexual risk behaviours and across genders. They used statistical modelling to identify the most effective ways to interrupt pathways between structural deprivations, such as poverty and HIV – yielding impressive results.

With the University of Cape Town, researchers then carried out a second study focused on a major risk for poor health - adolescent non-adherence to lifesaving antiretroviral medication, which increases mortality, morbidity, viral resistance and onwards HIV-transmission.

Researchers interviewed over 1,000 adolescents living with HIV, and 500 of their peers, to prevent stigma. They found that non-adherence – assumed by many to be due to adolescent misbehaviour – was actually strongly associated with social factors, such as violence and victimisation in the home, clinic and school.

For adolescents living with HIV, clinical factors were an important addition to social protection provisions, so researchers adapted their work and created a ‘Cash + Clinic + Care’ model. They found that young people who could access support groups, secure food supplies, and good parental supervision were likely to have improved adherence to antiretroviral medication requirements. In addition, access to free schooling, adolescent-sensitive clinic care, and good parental supervision were associated with safe sexual practices.

For example, it was the combination of food provision, HIV support group access and good parenting that reduced past-week antiretroviral non-adherence from 54% to 18%. Access to free schooling, non-shouting clinical staff and good parenting reduced unprotected sex from 49% to 8%.

Access to clinics with sufficient medications, combined with cash for transport to clinic and care aspects – such as being accompanied to clinic by a family member increased retention in HIV care from 3% to 70%.

Research showed that combining interventions had considerable additive effects, especially in reducing sexual risk-taking among adolescent girls living with HIV. It comes at a time when around 2.1 million adolescents live with HIV - 1.4 million of whom are in Eastern and Southern Africa. The findings regarding Cash+Care led to significant political and social engagement across the world.