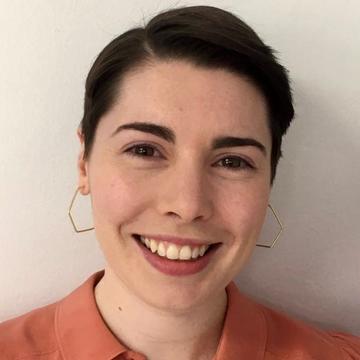 Hannah is a policy researcher and professional with an expertise in gender equality. Her DPhil research explores policy frameworks and gender-based violence against politicians.

Originally from Scotland, Hannah completed her undergraduate studies in Government at Harvard University. Her thesis analysed abortion policy and activist frameworks in the United States. She received her MSc in Gender, Policy & Inequalities from the London School of Economics and Political Science. Her dissertation was an intersectional analysis of women’s pension income in the United Kingdom.

She is part of the (non-financial) Cumberland Lodge Scholarship programme in which doctoral students from different disciplines and universities across the UK engage with the charity to empower people, through dialogue and debate, to tackle the causes and effects of social division.

Hannah has over five years of experience working in local, national and international policy including at a large London local authority, the House of Commons and UN Women. At the UN, she supports the implementation of the Secretary-General’s System-wide strategy on gender parity, including advancing efforts to address sexual harassment, and has co-authored UN Women publications.

In addition, Hannah has volunteered for charities and causes including Strong Women, Strong Girls and The Girls Network. She is currently a ‘Work It Out’ volunteer at the Young Women’s Trust where she advises young women on their job applications.