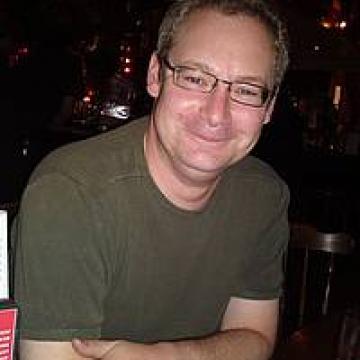 Jason Lever has been senior education policy officer at the Greater London Authority for over ten years under Mayors Livingstone and Johnson.  He is presently studying for an MA in Modern and Contemporary Literature in London and is a lay leader deputising for his Rabbi where he lives in Brighton.

Jason Lever came to Barnett House in 1999 and enjoyed a ‘reverse sabbatical’ from the worlds of local government policy work for children when he studied on the Comparative Social Policy Master’s programme. In fact, he remembers his visit to Oxford for an interview with his future tutors, George Smith and Rebecca Surender, as an ordeal in more ways than one as it was his first trip outside North West London in five months after recovering from a major back operation!

The Masters degree equipped him well for becoming the first Policy Advisor for London at the National Society for the Prevention of Cruelty to Children (NSPCC), where he successfully lobbied for the first Mayor of London to commit to making the capital a child-friendly city and to have a strategy, team and budget to do so. This was despite the Mayor having no formal powers in this area in the Greater London Authority Act 1999, even though this was one of the longest pieces of post-war legislation!

When he joined the GLA, Jason led on developing a Children & Young People’s Strategy for Ken Livingstone’s administration, bringing in free bus and tram fares for under-16s, developing a £80m London Youth Offer with government and producing a series of State of London’s Children Reports. Under Boris Johnson, he was in the secretariat for the Mayor’s London Education Inquiry and edited its final report, Turning Achievement into Excellence in London’s Schools (2012). He is now a senior member of the delivery team with a £25m budget to put the Inquiry’s twelve recommendations into practice, working with the city’s education system leaders and headteachers. His main project is the London Schools Gold Club.

"Studying at Barnet House taught me the requisite rigorous analysis that enabled me to bridge six years of local authority work writing Council meeting papers, to the highly academic demands of a policy development role in a major national charity. The comparative learning with fellow students from Japan, Germany and Canada was really beneficial and I remember well the collaborative ethos. I could share my applied social and public policy knowledge from the coalface of children’s social care, while I was supported by my peers on the wonders, after initial bafflement, of SPSS!"