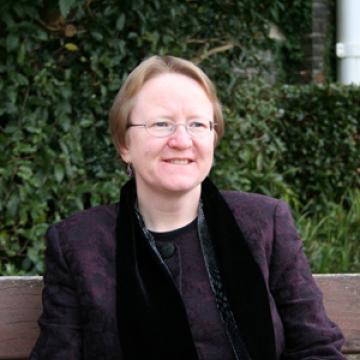 Judith studied for an MSc and Certificate of Qualification in Social Work at Barnett House between 1981 and 1983. She then went on to become a community social worker in Swindon working for Wiltshire County Council Social Services Department before returning to academia to undertake a PhD and then lecture at UEA, Norwich.

Before coming to Barnett House, Judith worked as a residential social worker and completed a BA in Human Geography at Aberystwyth University, which led on to the International Graduate School at Stockholm University. Her intention was to return to the UK to become a town and country planner! A few modules in social work and criminology however changed her mind.

Following eleven years at UEA, she joined the Centre for Social Gerontology at the University of Keele. Judith returned to Wales in 2004 to set up the Centre for Innovative Ageing at Swansea University and is Professor of Gerontology, Director of the Research Institute for Applied Social Sciences at the University and Director of the National Institute for Social Care and Health Research funded ‘Older People and Ageing Research and Development Network’ (OPAN) in Wales. In April 2015 this became the Centre for Ageing and Dementia Research.

Judith is a social gerontologist interested in researching the social, behavioural and environmental aspects of ageing. Her work is applied and she has extensive links with policy and practice, particularly with the Welsh Government and with local authority social service departments. She directs the School for Social Care Research in Wales. She is passionate about raising the visibility and impact of research in ageing particularly on the international stage, through her past role as President of the British Society of Gerontology (2008-10) and Fellow of the Gerontological Society of America.

She holds visiting Senior Research Fellowships at the universities of Umeå and Lund, Sweden; New College, Oxford (2011) and the London School of Economics and Political Science. Judith was awarded an OBE for Services to Older People in 2013. Her recent publications include ‘Gerontological Social Work: Reflections on its Role, Purpose and Value The British Journal of Social Work and ‘How do unfamiliar environments convey meaning to older people? Urban dimensions of placelessness and attachment. International Journal of Ageing and Later Life. Her current research looks at cognitive functioning in older age (ESRC CFAS2 Wales study) and challenging environments and the digital economy (EPSRC CHERRISH).