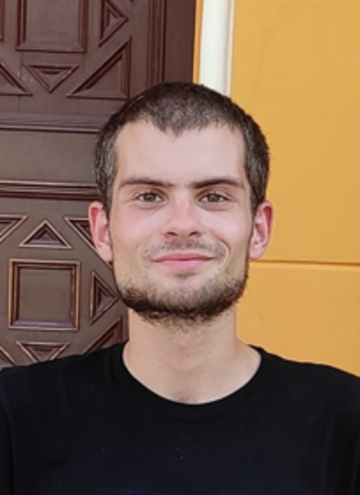 Kristijan is exploring the relationship between ideology and fertility in Eastern Europe, where low birth rates (often coupled with high brain drain and/or growing life expectancy) are leading to an unsustainably small workforce. In this context, Kristijan investigates whether increasingly high financial inducements for parents, which in some East European countries often exceed the realistic cost of raising children, are effective in boosting the fertility rate. Additionally, he explores how and when low fertility is ideologically framed as a policy problem. Beside his DPhil, Kristijan is working for Prof. Timothy Garton Ash as a research assistant on public perceptions about the European Union.

Born and raised in Skopje, Kristijan obtained his undergraduate degree in Politics and East European Studies from University College London in 2017 and his graduate degree in Russian, Eurasian and East European Studies from Georgetown University in 2019. In his graduate thesis, he conducted a critical discourse analysis of Serbian President Aleksandar Vucic’s communication strategy. Professionally, he has worked for USAID’s Office for Transition Initiatives in Skopje and interned for the American Bar Association in Washington, D.C.

Kristijan has written for New Eastern Europe, Balkan Insight, Oxford Political Review, Quillette, The New Federalist, and The Vostokian. In his media appearances, as well as in his advocacy through the diaspora network Forum for Democratic Macedonia in Washington, D.C., he was a staunch advocate for a solution to the Macedonian-Greek naming dispute in 2018.

In academia, Kristijan has recently co-authored two book chapters for Routledge on EU integration and conspiracy theories in North Macedonia under the European Cooperation in Science and Technology (COST). He is fluent in Macedonian, Serbian, English and Italian, and has working proficiency in German, Russian, and Bulgarian.