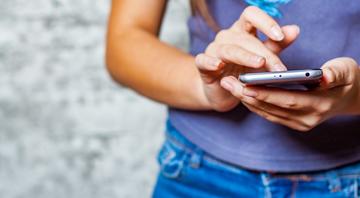 Researchers from the Oxford Internet Institute carried out six studies between 2014-2020 into the relationship between young people, screen time and wellbeing. In a global first, researchers analysed data from 17,000 diaries where children had recorded their screen time. Until that point, studies had relied on estimates from parents.

Social scientists also analysed interviews with almost 20,000 parents of children aged 2-5 about the impact of screen time on their children; carried out a curve analysis of three data sets on the effects of digital technology on adolescents; and studied representative panel data to explore whether social media affects wellbeing. Social scientists had previously studied whether video games can affect psychological adjustment, as well as potential links
between social media and life satisfaction.

Contrary to popular, ‘opinion-based’ scare stories, researchers found that moderate use of digital technology is not intrinsically harmful to young people’s wellbeing, and may actually be beneficial in a connected world. Evidence did not support implementing screen time limits, and social media use was not a strong predictor of life satisfaction for adolescents.

Research was led by Professor Andrew Przybylski, an experimental psychologist, and Director of Research at the Oxford Internet Institute. He gave briefings to the UK Chief Medical Officer (UKCMO) who gave evidence to the House of Commons Science and Technology Select Committee; (HCSTSC) as well as the Digital, Culture, Media and Sports Committee’s (DCMS) investigations into the effects of screen-based activities on young people. All three authorities included key aspects of research in reports – acknowledging a low evidence base, and calling for more dating sharing and research on gaming disorder. HCSTSC said the work of Professor Przybylski, was the “best quality” research currently available on the effects of digital screen-time on the mental wellbeing of young people.

The same stakeholders then contributed to the UK Government's ‘Online Harms’ white paper. Published in April 2019, it put forward ‘ambitious plans for a new system of accountability and oversight for tech companies’ with ‘a new regulatory framework for online safety’. It was drafted ‘in line with the recommendations of the [Science and Technology] Committee’ and drew extensively on the Chief Medical Officer’s (CMO) commentary, and through them Professor Andrew Przybylski’s research.

The white paper makes recommendations directly aligned to Oxford's research, including the need to create a more robust evidence base on screen time, addictive technologies and the mental effects of social media on young people, and the need to implement, oversee and enforce ‘a new regulator.

In addition, the Royal College of Paediatrics and Child Health (RCPCH) used Oxford’s research to inform its new guide to screen time, targeted at paediatricians and parents.

Professor Andrew Przybylski is on the steering group of the Oxford Policy Engagement Network (OPEN), aimed at connecting researchers and policy makers. Throughout the research programme, he engaged proactively with several government departments to maximise impact of the research.

Referring to the work of lead researcher, Professor Przybylski, Dr Davie said: 'Andy's work is a really important counter to the alarmist narratives on screen time, because he follows an evidence-based approach; it's very robust methodologically and it uses the best possible data. He brings a scientific scepticism and doesn't make assumptions - it's not ideologically driven.

Most parents I have spoken to think that our new guidance seems very sensible, and they don't feel judged by it, which is really important. I will look back on arguing for this guidance as one of the highlights of my tenure.

Lead researcher, Professor Andrew Przybylski, added: 'Until now, we have seen researchers from around the world flooding the system with low quality information that leads to worse-than-useless regulation, and carries human rights implications.

It is morally offensive that policy would be made on low quality research. I believe that the quality of science is much more important than the quantity and helps to cut through this excess of opinion.'

* Issues relating to online crimes against children were outside the scope of Professor Andrew Przybylski's research.