Gritty Citizens? Exploring the Logic and Limits of Resilience in Social Policy During Times of Socio-Material Insecurity 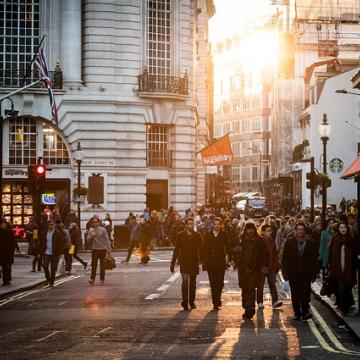 Resilience has become, in comparatively little time, a core concern in a number of overlapping areas of social policy. Since the Great Recession in particular, resilience has been invoked as both a pre-emptive and responsive strategy to combat socio-material hardship and vulnerability. The common definition of resilience – the ability to ‘bounce back’ after an unexpected shock – helps explain the concept’s popularity in the post-crisis political economy. Its central benefit, promoters argue, is that it emphasises and values the agency of those living in poverty, rather than characterising them as passive victims of circumstance. The implication is that vulnerable people can therefore be empowered to ‘thrive despite adversity’. This, we argue, makes the concept highly compatible with the contemporary UK welfare state, particularly regarding it’s alignment with and extension of the active citizenship agenda. This paper starts by exploring how the concept of resilience is conceived and pursued in ways that seek to tackle socio-material insecurity in UK social policy. Drawing on the findings from two qualitative studies of individuals navigating life on a low income, we examine the extent to which strategies that seek to foster active citizenship through greater degrees of welfare conditionality and paternalism engender the capacity for resilience. The emerging findings suggest that, contrary to supporting the ideal of ‘gritty citizens’ who are self-sufficient and entrepreneurial – resilience is principally deployed in ways that entail a responsibilisation of ‘welfare subjects’, alongside an increasing abdication of responsibility on the part of the state. If measures seeking to create ‘gritty citizens’ actually undermine resilience, the paper concludes by reflecting on what conceptual and applied challenges this presents for policymakers, practitioners and academics.

The colloquium will be followed by 'Barnett House Thursday' - coffee and conversation in the Common Room.