Improving mental health through the regeneration of deprived neighbourhoods: a natural experiment 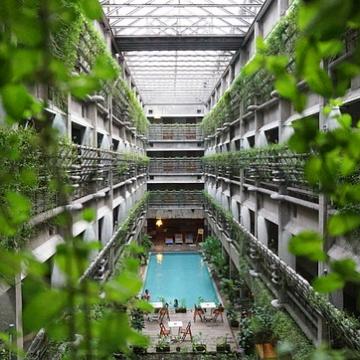 Policymakers often target deprived neighborhoods for regeneration with the expectation that population health will improve, since housing and neighborhoods of low quality, as well as the social and economic determinants of poor health, are concentrated in the most deprived areas. In 2001, the Welsh Government, United Kingdom, funded Communities First, a program of neighbourhood regeneration delivered to the 100 most deprived of the 881 electoral wards in Wales. In this talk, I will discuss the natural experiment we constructed to evaluate the association between Communities First and mental health. Information on Communities First regeneration activities in 35 intervention lower super output areas (LSOAs) (n=4,197 subjects) and 75 control LSOAs (n=6,695 subjects) were linked to data from the Caerphilly Health & Social Needs Electronic Cohort (eCATALyST) study, a prospective cohort study in 2001 (before regeneration) and 2008 (after regeneration). 1,500 regeneration projects were funded 2001 to 2008. Regeneration was associated with an improvement in the mental health of residents in intervention areas compared to control neighbourhoods (β coefficient = 1.54, 95% confidence interval: 0.50, 2.59), suggesting a reduction in socioeconomic inequalities in mental health. I will discuss the impact the study had on Welsh Government policy and present unpublished analysis examining the potential mediators of the association between residence in a Communities First area and mental health. Open access versions of protocol and main results paper.

Dr James White is  a Senior Lecturer based at DECIPHer (Centre for the Development and Evaluation of Complex Public Health Interventions) a UK CRC Public Health Research Centre of Excellence, and the Deputy Director of Population Health Trials in the Centre for Trials Research which are located in Cardiff University.