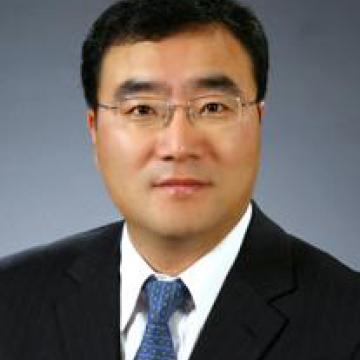 Huck-ju Kwon is a Professor at Graduate School of Public Administration, Seoul National University (2008-present). He is the Deputy Director of the Asia Development Institute at the School.  He was also Director of the Global Research Network on Social Protection in East Asia, a three year research programme (2011-2013) funded by the Korea Research Council. Previously he worked as Research Coordinator at the United Nations Research Institute for Social Development (UNRISD). He will be at the Harvard-Yenching Institute as Visiting Scholar during the academic year of 2013-14.

He studied politics (BA and MA) at the Department of Political Science, Seoul National University, Korea and went to St Antony’s College, Oxford in 1990 for his DPhil Study with Swire Scholarship. His supervisor was Professor Stein Ringen, who was the Director of Comparative Social Policy at Barnett House at the time. He was awarded DPhil in Politics in 1995 with a thesis entitled The Welfare State in Korea: the Politics of Legitimation, which was published in the Macmillan/St Antony’s series.

After the completion of the DPhil project, he took a post of Research Officer (1995-1996) at the Institute of Development Studies, Sussex University, working with the late Professor Gordon White (IDS) and Professor Roger Goodman (University of Oxford). Here Kwon tried to bridge comparative social policy with development studies while carrying out research on social policy in East Asia. The team published a book, The East Asian Welfare Model: Welfare Orientalism and the State (Rutledge, 1998), which was a pioneering book comparing the welfare systems in East Asian countries. They argue that East Asia comprises different welfare systems notably Japan, Korea and Taiwan in one cluster and Singapore and Hong Kong in another, while all countries used social policy as part of instruments for economic development. It is still widely read among the audience of comparative social policy and development studies.

In 1997 Kwon came back to Seoul and took a teaching position at the Department of Public Administration, Sung Kyun Kwan University. He taught Comparative Social Policy and the Korean Government and Politics.

In 2002 he moved to Geneva to work as Research Coordinator at the United Nations Research Institute for Social Development. Kwon coordinated a large comparative project funded by the Ford Foundation and Swedish Development Agency SIDA, Social Policy in a Development Context. In this project, together with many scholars across the world, Kwon tried to find a policy formula that can combine social protection and economic development. The outcomes of the project were mainly published in the series called Social Policy in a Development Context (Palgrave, 2004-), co-edited by Professor Thandika Mkandawire. The series covers not only East Asian social policy but also Latin America, Sub-Saharan Africa and the Middle East and North Africa. The series is considered as an important break-through in comparative social policy and development studies. Kwon edited a book in the series, Transforming the Developmental Welfare State in East Asia (Palgrave, 2005). It shows how East Asian countries overcame the East Asian Economic crisis with strong social policy responses. Here Kwon elaborates the notion of the Developmental Welfare State, which is now taken up as an analytical framework of the comparative studies welfare state in developing countries.

In 2008, Kwon returned to Seoul National University to take a professorship at the Graduate School of Public Administration and has remained there since. The Graduate School of Public Administration is the top graduate school in Korea and has ambition to be among the world-class graduate schools of public policy. Kwon plays a leading role in School’s endeavour. From 2009-2011 he led a large research and educational grant funded by the Korean government, the Brain Korea 21 Programme, in which 15 professors and 45 graduate students participated. He demonstrated his management and leadership skill in running the project given the large number of participants. In 2011 he started a Global Master Program of Public Administration for students from developing countries, which is funded by the Korean International Cooperation Agency. At present the programme takes 19 students from many developing countries across the world. He teaches Governance and Social Policy in Post-industrial Society and Political Theories of Public Policy.

Kwon has been very active in the international academic community of social policy. He has served for Global Social Policy as Regional Editor for East Asia since 2003 and Vice-President of the Research Committee 19 on Poverty, and Social Welfare and Social Policy of International Sociological Association since 2010. Kwon hosted the RC 19’s annual conference in Seoul in 2011 - the first time the conference was held outside Europe. It is fair to say that the RC 19 has now become a truly global research network comprising scholars and experts of social policy all over the world. Kwon contributed to such growth over the last fifteen years together with colleagues like Ito Peng (Toronto University, Canada) and Jimi Adesina (Rhodes University, South Africa).

Kwon continues to carry out research despite his management duties at the School. His latest books include, The Korean State and Social Policy (Oxford University, 2011, co-author), which is co-authored by Professor Stein Ringen and other Korean colleagues who studied Comparative Social Policy in Oxford in the 2000s. The book is an example of Kwon’s continual link with Oxford. It was launched in Oxford and Seoul in 2011 and well received by the audience.