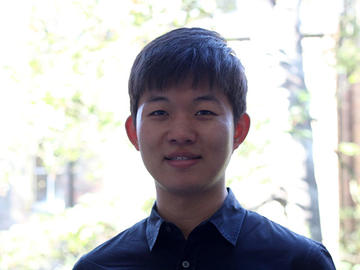 Kun Lee is a doctoral student in social policy at the Department of Social Policy and Intervention (DSPI) and a member of Wolfson College at the University of Oxford. His doctoral project is concerned with multidimensional social inequalities associated with extending working lives in ageing welfare states. His research particularly relates individual-level inequalities of labour market risks, income and well-being to macro-level institutions across welfare regimes, such as pension systems and labour market institutions, which are intended to promote old-age employment.

On top of his doctoral thesis, Kun is actively involved in several research projects, including the politics of pension reforms in South Korea and the Oxford Supertracker Project, initiated by Lukas Lehner, his doctoral colleague at the DSPI. His other research interests include lowest-low fertility and family policies in the East Asian context, quantitative methods in social science and comparative research designs.

Originally from South Korea, Kun holds a dual BA degree in Social Welfare and Economics with high honours from Seoul National University and the MSc in Comparative Social Policy (Distinction) from the DSPI at the University of Oxford. Kun’s doctoral research is made possible by the generous support of the Centenary Scholarship from the DSPI and the Doctoral Fellowship from the Korea Foundation for Advanced Studies.