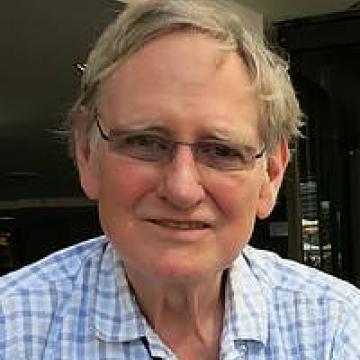 Previously a Trinity College Cambridge graduate in Anthropology and Theology, I obtained my Diploma in Social Studies and Public Administration from Barnett House in 1962.  I then worked as a probation officer (three years), followed by seven years as a family social worker for the FWA (Family Welfare Association). I subsequently trained as an analytical psychotherapist with the BAP (British Association of Psychotherapists) and then trained again as a psychoanalyst with the Institute of Psychoanalysis (London). Until I retired I was a training and supervising analyst of the British Psychoanalytical Society and a member of the International Psychoanalytical Association.

My first book On Learning from the Patient (published in 1985) became an international best seller in the field of psychoanalysis (over 45 reviews in English), and is now published in over twenty languages (the most recent being Chinese, due this year). A later book, Learning from Our Mistakes (2002), was awarded a Gradiva Award in America for its contribution to psychoanalysis. My last professional book was Learning from Life: becoming a psychoanalyst (2006). I have since published a lighthearted autobiography Growing up? A journey with laughter. (Karnac Books, 2015).

"At Barnett House between 1961 and 1962, I recall Prof Nigel Walker (criminologist) was a very good tutor and so was Dr Tajfel (psychology)."