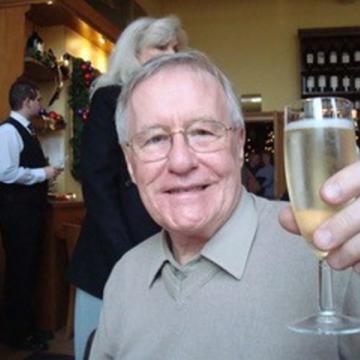 In 1960, I left Barnett House with a Diploma in Public and Social Administration after spending a year acquiring a smattering of insights into the social sciences such as Sociology, Psychology and Economics as well as the field of Public Administration.

However, after graduating a year earlier with a degree in Geography at the University of Oxford that offered few career opportunities, the most formative part of the Diploma programme were courses in Industrial Relations taught by Allan Flanders and Personnel Management taught by Joan Woodward. Allan’s course involved down-to-earth contact with leading experts in the study of trade unions, while Joan drew on her ground-breaking research into the factors influencing the structure and functioning of industrial organisations from a managerial perspective.

Joan’s course was particularly influential in shaping my future career because it included two fieldwork assignments that called for contact with practicing managers and their staff. One of these involved the collection of data about the employment situation in the North-East of England drawing on the knowledge and opinions of a wide range of experienced specialists occupying prominent roles in that region, and the other required the use of interviewing and observational techniques on the shop floors of three major car companies. Both types of survey posed major challenges to someone with negligible prior experience of life outside the classroom and lecture theatre; but both provided exhilarating glimpses of what a career in industry might entail.

I subsequently spent two years employed as a labour officer in a manufacturing firm, before joining Joan Woodward’s research team at Imperial College, and spending the next two decades there as a Lecturer in Industrial Sociology carrying out research and consultancy in a wide range of organisations, and teaching students of engineering, science, and management.

In the mid 1980’s, after undertaking research into the reasons why the college was providing few courses for its alumni, I was offered the opportunity to become the college’s Director of Continuing Education, and spent five years expanding the college’s provision of courses designed to update the knowledge and skills of professionals in mid-career.

In 1991, I moved to the University of Oxford’s Department for Continuing Education as its first Director of Continuing Professional Development, and retired six years later as an Emeritus Fellow of Kellogg College after helping transform Oxford’s role as a provider of sophisticated and flexible forms of lifelong learning for professionals throughout the world.

Reflecting on the role played by the Barnett House course almost 60 years ago, I can honestly say that it played a crucial part in orienting me towards the type of career that seemed suited to my personality and interests, and I will always be grateful for the bridge that it provided between the routines of full-time education and the practical realities of a professional career.