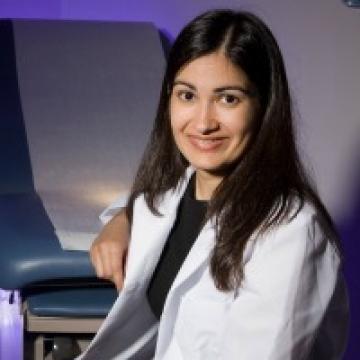 Reshma Jagsi came to Oxford in 1997, after graduating first in her class at Harvard College and receiving a British Marshall Scholarship to take the MSc degree in Comparative Social Research (now the MSc in Comparative Social Policy) which she gained with distinction. She went on to complete an MD at Harvard and a DPhil at Barnett House, under the supervision of Dr. Rebecca Surender.  Since then, she has pursued a career in academic medicine, conducting influential research on issues at the intersection of medicine and social policy.

Reshma’s research on racial and ethnic differences in the financial impact of breast cancer diagnosis in the United States, as well as the long-term impact of treatment on breast cancer survivors’ employment, has been published in the top journals of oncology and featured in media reports, including the US national NBC Nightly News.  She currently leads a major effort funded by the National Institutes of Health to study the complex social implications of breast cancer diagnosis and decision-making in patients with relatively favorable prognosis.

Thanks to her rigorous training in the social sciences at Barnett House, Reshma has also received large-scale independent funding from the National Institutes of health to study gender differences in salary, domestic labor, and success among physician-researchers.  This work has generated multiple publications in the New England Journal of Medicine, JAMA, and Annals of Internal Medicine, again with substantial media interest and features by the Wall Street Journal and New York Times.

Her experiences in Barnett House and the UK have left a lasting impression on Reshma, fostering her concerns about the need for physicians to serve as stewards of scarce health care resources and to promote value in health care.  As a result, she has been an active advocate regarding these issues within the medical profession and has published numerous high-impact commentaries on resource utilization and other policy issues in the New England Journal of Medicine and other prominent journals.  This work has been quoted extensively by policy-makers, including in recent House budget hearings on funding for medical research.  She serves as the Chair-Elect of the American Society of Clinical Oncology, Chair of the Research Committee of the Radiation Oncology Institute, and Delegate to the Young Physicians Section of the American Medical Association.

Reshma is currently Professor and Deputy Chair in the Department of Radiation Oncology at the University of Michigan.  She lives in Ann Arbor with her husband John Pottow and their two young children.