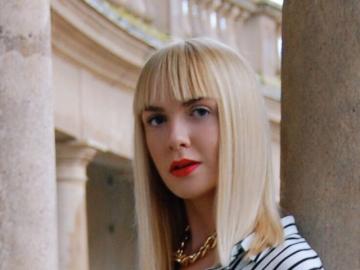 Timea read Political Science (BA Hons, First Class) and Public Policy (MRes, Distinction) on an Academic Excellence Scholarship at the University of East Anglia. Her research has explored hormonal contraceptive use among young women, the socio-political construction of motherhood, and the relationship between nationalism and parenting values. Alongside her DPhil project, Timea is a Research Assisant at the University of Oxford's Department of Education, studying academic self-concept among undergraduate students.

Prior to her DPhil studies, Timea worked as a Research Associate on the joint project, 'The European Commission: Facing the Future' organized by Sciences Po and the University of East Anglia. She has also contributed as a Data Analyst for the Eating Disorder Charity Beat's "Transitions Project".

Alongside her academic interests, Timea assists as a Graduate Editor at the demography blog OpenPop.org, and is the department's elected Student Representative.

Timea's DPhil project studies the construction and negotiation of fertility preferences among parents in post-communist Central Eastern Europe. She is building social psychology and sociology theories to explain how personal and demographic characteristics shape parents' decision to have (fewer) children. She completed her fieldwork in The Republic of Serbia in 2017.