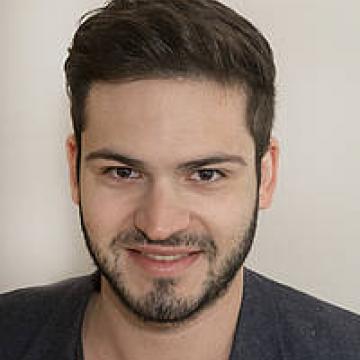 Vasileios has received his BSc (First Class Honours) in European Public Health from the University of Maastricht (Netherlands) and completed his MSc in Evidence-Based Social Intervention and Policy Evaluation in 2017, following the Policy Evaluation track.

Vasileios is primarily interested in the development, implementation and evaluation of digital health solutions for disease surveillance, prevention and control. His research is primarily focused on re-emerging topical diseases, HIV and the equity implications of e-health interventions.

Vasileios was previously involved in a two-year research project on early prediction of childhood respiratory disease in South Limburg (Netherlands), focusing on regional health inequalities and the development of a pre-school prediction tool. He also had the chance to live and work in India, cooperating with Indian Institute of Public Health, as well as the Indian Ministry of Health. During his time in India, Vasileios was involved in the evaluation of WHO-led disease surveillance program, working with a range of district and state level institutions, across the region of Hyderabad. Furthermore, he has conducted extensive research on India’s dengue surveillance system and continues his close cooperation with Maastricht University’s Global Health department on a series of reviews and qualitative studies.

Vasileios has received the Swiss Béatrice Ederer-Weber Fellowship and will start his doctoral studies at the University of Zurich.