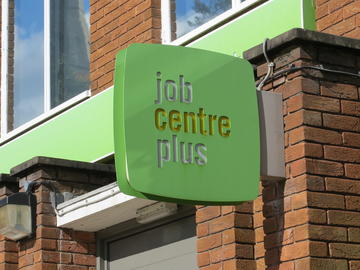 Simoni, M. and Vlandas, T. (2020) “Labour Market Liberalization and the Rise of Dualism in Europe as the Interplay between Government, Trade Unions and the Economy”, Social Policy & Administration [PDF]

Vlandas, T. (2016) “Labour market performance and deregulation in France during and after the crisis”. In: Piasna and Myant, “Myths of employment deregulation: how it neither creates jobs nor reduces labour market segmentation”, book chapter commissioned by the European Trade Union Institute (2017), Brussels [PDF]

This chapter  focuses  on the  case  of France, where  there  is a long-lasting  concern that a ‘rigid’ labour market results  in high unemployment,  labour market dualisation and social  exclusion.  It  analyses  how  the  crisis  has  affected  the  French  labour  market  and what  labour  market reforms have been  implemented  by  governments  during  and after the  crisis.  France  is often  taken as an example  that  EPL leads  to  higher  unemployment and that  the  appropriate  solution  is to  deregulate  EPL. For instance, the  OECD  notes in its  Economic  Survey  of  France  that: ‘The key  challenge  [in France]  is  to  reform the labour market  to promote job growth. Further labour market  reforms should be the top  priority. The strong protection  accorded  by open-ended  contracts hinders labour mobility.’  (OECD 2015:  2).  By contrast,  I  argue that France’s  labour market  resisted well, on average, during the crisis partly because  the crisis was less  pronounced than in other  countries  and partly  because  EPL insulated  large  parts  of  the  workforce  from the  economic shock.  After the  crisis,  EPL deregulation  did not lead  to a reduction  in unemployment.

Vlandas, T. (2016) “Labour market developments and policy responses during and after the crisis in France” French Politics [PDF]

Vlandas, T. (2013) “The Politics of in-work benefits: the case of the ‘Active Income of Solidarity’ in France.” French Politics [PDF]

In-work benefits have been introduced in a number of Bismarckian welfare regimes in a context of austerity despite being targeted at politically weak constituents and representing a deviation from prevailing welfare institutions. This article addresses this puzzle by looking at the introduction in 2008 of an in-work benefit scheme in France, the Active Income of Solidarity. The analysis reveals that this reform was the result of a crosscutting alliance between the conservative party and employers, as well as parts of the socialist party and the union movement. The alliance was possible thanks to actors’ multiple interpretations of the reform. The reform was difficult to oppose given its support by experts and public opinion and because it entailed an increase in revenues for low-income workers. French Politics (2013) 11, 117–142. doi:10.1057/fp.2013.6

There are competing theoretical expectations and conflicting empirical results concerning the impact of partisanship on  spending on active labour  market policies  (ALMPs). This paper argues  that one should distinguish between different ALMPs. Employment incentives and rehabilitation programmes incentivize the unemployed to accept jobs. Direct job creation reduces the supply of labour by creating non-commercial jobs. Training schemes raise the human capital of the unemployed. Using regression analysis this paper shows that the positions of political parties towards these three types of ALMPs are different. Party preferences also depend on the welfare regime in which parties are located. In Scandinavia, left-wing parties support neither  employment  incentives  nor  direct job  creation  schemes.  In continental  and Liberal  welfare regimes, left-wing parties oppose employment incentives and rehabilitation programmes to a lesser extent and  they  support  direct  job  creation.  There  is  no  impact  of  partisanship  on  training.  These  results  reconcile the previously contradictory findings concerning the impact of the Left on ALMPs.

Vlandas, T. (2013) “The Politics of Temporary Work Deregulation in Europe: Solving the French Puzzle.” Politics&Society [PDF]
Temporary work has expanded in the last three decades with adverse implications for inequalities. Because temporary workers are a constituency that is unlikely to impose political costs, governments often choose to reduce temporary work regulations. While most European countries have indeed implemented such reforms, France went in the opposite  direction, despite  having both rigid labor markets  and high unemployment. My argument to solve this puzzle is that where replaceability is high, workers in permanent and temporary contracts have overlapping interests, and governments  choose  to  regulate temporary  work  to  protect  permanent  workers.  In turn, replaceability is higher where permanent workers’ skills are general and wage coordination is low. Logistic regression analysis of the determinants of replaceability— and how this affects governments’  reforms of temporary  work regulations—supports my argument. Process tracing of French reforms also confirm that the left has tightened temporary work regulations to compensate for the high replaceability.