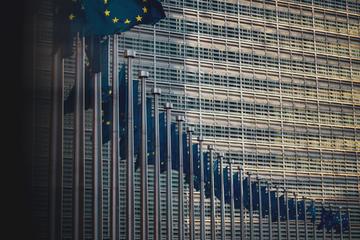 This project focuses on how different electoral groups are affected by distinct economic developments and institutions, and how this in turn shapes the evolution of macroeconomic policies in Europe.

What is the relationship between electoral and economic performance? Previous literature posits that poor economic performance hurts the incumbent at the ballot box because overall economic performance serves as a competence signal, which voters can readily access at low costs. Building on an emerging economic voting literature exploring heterogeneity in the electorate, the article argues that social groups are affected differently by various dimensions of economic performance and their sociotropic sanctioning of incumbents is contingent on the retrospective performance of these dimensions. It theorizes how four social groups—low-skilled workers, pensioners, public sector employees, and high-income individuals—are differently affected by each of four economic dimensions—unemployment, inflation, stock market performance, and public spending—and as a result penalize the incumbent to varying extents. Results from a multilevel logistic regression analysis from four modules of the Comparative Study of Electoral Systems containing around seventy electoral contexts are consistent with the argument.

What explains the shift from the moderate to high inflation rates of the Golden Age of post-war capitalism to the low inflation regime of monetarism in the 1970s and 1980s? Conventional views emphasise the rise of monetarism as a new economic paradigm that convinced policy makers to delegate monetary policy to conservative and independent central banks – a view that comes in many variants, from constructivist to orthodox economics. In contrast to these arguments, we introduce electoral and party politics into the debate. This paper models and examines the shifts in the inflationary preferences of the median voter and their translation into party politics and economic policies. As the median voter accumulates nominal assets against a background of de facto and de jure increasing job security and rising wages, her preferences on macro-economic policies shift from concerns about employment-friendly to inflation-averse policies. Social democratic parties, who are pivotal players in this regard because of their ‘natural’ preference for high employment over low inflation, are thus forced to adopt anti-inflation policies as well to remain electorally viable. We show that the employment situation of the average worker improved in every respect during the 1960s and 1970s, that most of the population became inflation averse during the 1970s and 1980s, and that social democratic parties were forced to adopt more economically orthodox party manifestos. We then analyse the shift to a low inflation regime in a series of country case studies.