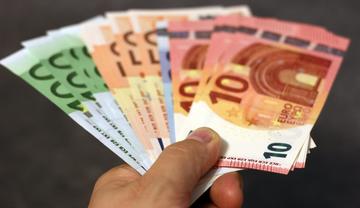 Vlandas, T. Forthcoming “What’s not to like? Benefit design, funding structure and support for a universal basic income” Journal of European Social Policy

Vlandas, T. (2020) “The Political Economy of individual level support for the basic income in Europe” Journal of European Social Policy

There is a long-standing debate in academic and policymaking circles about the normative merits and economic effects of a universal basic income (UBI). However, existing literature does not sufficiently address the question of which factors are associated with individual support for a UBI. While a large literature in political economy has focused on individual preferences for existing welfare state benefits, it has not analysed the case of a UBI. Using the eighth wave of the European Social Survey (ESS), this article seeks to remedy this gap by analysing individual support for a UBI in 21 European countries. The findings from logistic regression analyses with country fixed effects are partly consistent with the expectations of previous social policy and political economy literatures. Younger, low-income, left-leaning individuals and the unemployed are more likely to support a UBI. Individuals with positive views of benefit recipients and/or high trust in political institutions are also more supportive, while anti-immigration attitudes are associated with lower support. By contrast, the patterns across occupations are mixed and male respondents appear slightly more supportive. Trade union membership is not statistically significant, perhaps because of contradictory effects: unions typically support new welfare state policies but they also have a key role in many existing welfare state schemes and may worry about individuals’ attachment to the labour market. At the cross-national level, support tends to be higher where benefit activation is more pronounced and unemployment benefits less generous. These results suggest one possible reason why countries with high support for a UBI have not introduced it: the mixed support among the left means a pro-UBI coalition has to draw on right-wing voters who may support it only with lower taxes and/or extensive replacement of welfare state benefits, which in turn may further alienate parts of the left.

Schwander, H. and Vlandas, T. (2020) “The Left and Universal Basic Income: The role of ideology in individual support”, Journal of International and Comparative Social Policy [PDF]

Few studies to date have analysed individual support for universal basic income (UBI). This article theorizes and explores empirically the relationship between different strands of left ideology and support for UBI across European countries. We delineate three types of concerns about capitalism: “Labourist Left” worry about exploitation; “Libertarian Left” about repression and “Social Investment Left” about inefficiencies. Contrary to expectations we derive from political theory and welfare state literature, our results based on data from the European Social Survey suggest that having high concerns about exploitation is positively correlated with support for UBI, whereas repression concerns are negatively correlated with support. In line with our hypothesis about social investment ideology, left-leaning individuals with efficiency concerns are more likely to support UBI. Our findings call for more detailed surveys as well as further research on the different ideologies within the Left and how these relate to variation in support for UBI, which crucially shapes the potential political coalition behind the introduction of UBI.

This article analyses individual level support for a Basic Income Guarantee (BIG) using the European Social Survey. At the country level, support is highest in South and Central Eastern Europe, but variation does not otherwise seem to follow established differences between varieties of capitalisms or welfare state regimes. At the individual level, findings are broadly in line with the expectations of the political economy literature. Left-leaning individuals facing high labour market risk and/or on low incomes are more supportive of a BIG, whereas current union members are less likely to support a BIG, consistent with the insider-outsider literature. However, when controlling for confounding variables, union membership is not statistically significant, suggesting that it is not membership per se, but the characteristics of unionised workers that make them less supportive. In many countries, a coalition between centrist and left-leaning individuals therefore seems most promising, but its political feasibility depends on whether enough union members are favourable to a BIG and on the level of opposition from high income and/or conservative parts of the electorate.